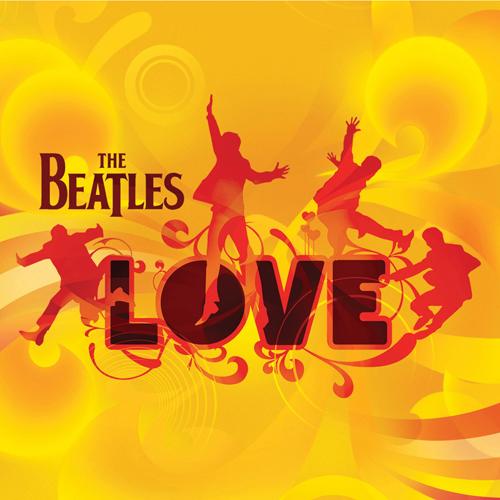 As a music fan who was born a year after the Beatles officially broke up, I obviously missed experiencing first hand the cultural revolution their music created. Nevertheless, they left the world with a lasting legacy that continues to be embraced by each new generation more than 40 years after their first hit.

To their credit, the families and surviving members of the Beatles have long protected that legacy. They’ve rarely “sold out,” only occasionally allowing their songs to be used in commercials and almost never in their original versions. They’ve also refrained from subjecting fans to endless repackaging of their music, with 2000’s “1” and the classic “red” and “blue” sets being their only greatest hits albums released on CD.

Now comes “LOVE,” a new collection of classic Beatles songs given a modern twist. Original producer and unofficial fifth Beatle George Martin has arranged this unique mix of songs as the soundtrack to a Cirque du Soleil musical-dance revue. The result is a fascinating blend (or “mash-up” as the kids are calling it these days) of well known songs (and even sounds) spanning the Beatles’ entire catalog.

It would be easy to dub this project as being the “Beatles remixed.” It would also be wrong. Though Martin and his co-producer/son Giles certainly had all variety of modern technology available, you won’t detect any of it on “LOVE.” All of the vocals and instrumentals incorporated into this project have been preserved in their purest form, unadorned by reverbs or any other kind of techno-distortion. Nothing has been supplemented by drum machines or synthesizers. Even the solitary new musical addition to this soundscape is an organic one: a newly recorded string arrangement to accompany George Harrison’s haunting acoustic performance of “While My Guitar Gently Weeps.”

About half of the “LOVE” songs are presented mostly unaltered, and much of the actual song mixing occurs during the transitions from one tune to the next. The most interesting moments, however, are when two (or three or more) become one. After opening the album simply with an a cappella “Because,” the Martins fill their musical blender with equal parts “Get Back” and “Glass Onion,” along with a dash of “A Day In The Life,” a pinch of “The End” and a shot of “A Hard Days Night”… and we’re only up to the third track!

It’s often surprising how effortlessly some of these songs seem to fit together. When “Drive My Car” becomes interwoven with “The Word” and “What You’re Doing,” you can just imagine the mop top boys playing the medley live to a horde of screaming fans. Later, Paul McCartney’s acoustic guitar gives us a tease of “Blackbird” before segueing into “Yesterday.” The psychedelia of “Being For The Benefit of Mr. Kite” now ends not with a calliope but rather a cacophony of the sinister closing chords of “I Want You (She’s So Heavy)” and John Lennon’s blistering vocals from “Helter Skelter.” It’s loud. It’s noisy. And it works.

Given the concept, mixing Harrison’s Indian influenced “Within You Without You” and “Tomorrow Never Knows” is an obvious but satisfying choice. Even two of Ringo Starr’s songs get tossed in the musical blender, with the orchestra from “Good Night” serving as a prelude to “Octopus’s Garden.”

To many, the music of the Beatles is sacred, and thus it should be expected that some fans will approach “LOVE” with a certain degree of skepticism. This is not, after all, a “new” Beatles album, nor does it offer much of the kind of unearthed gems and rarities found on the Beatles Anthologies. It does, however, offer a truly new way of hearing these classic songs, particularly on the DVD surround sound mix available in the deluxe version of “LOVE.”

As for me… well, the first compact disc I ever purchased was “Sgt. Pepper’s” back in 1988, and I consider ownership of every one of the Beatles’ albums to be essential. “LOVE” should not be the only Beatles album in your music library, but it does make an excellent compliment to your Beatles collection.